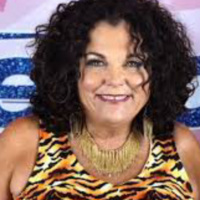 At the age of 38, Barbolak saw an ad for a stand-up comedy class and decided to attend. She quickly realized that making people laugh brought her more happiness and joy than she thought was possible. After a few years of doing open mic, Barbolak was noticed by Mitzi Shore, owner of The Comedy Store, where she further developed her craft.[3] In 2018, she was a contestant in season 13 of America's Got Talent, where she finished as a finalist.[4] In 2019, she began her "Trailer Nasty Tour."[2][5][6] She competed in season one of America's Got Talent: The Champions but was eliminated during the first week of the competition.[1] She also competed in Britain's Got Talent: The Champions but was eliminated during the fifth week of the competition.[2]

Barbolak is an ordained minister. She is the founder of Wedding Chapel to Go. She is also a speaker at conferences and organization where she discusses humor in the workplace.