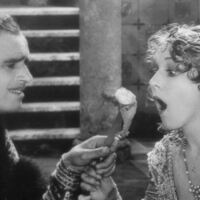 Dinner will include a presentation on the use of technicolor in the evening feature film,  The Black Pirate, starring Douglas Fairbanks.

Attendees will get a sneak peek at the pop-up exhibit of Fairbanks and Pickford artifacts which will be on display at William S. Hart Park throughout the festival weekend.