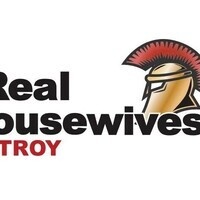 The Real Housewives of Troy

The Real Housewives of Troy, is an irreverent comedy painting of these once affluent women of Troy as not only despondent survivors of a terrible war but also as vacuous, whiny, backstabbing, and self-indulgent as the women from The Real Housewives franchise that we love to hate.

Hecuba’s city has just been sacked, her husband and son killed, her daughter is on some weird designer drug and her daughter-in-law has lost it. Now, she has to teach that spoiled, vain slut Helen a thing or two, and she is just the fallen queen to do it! Euripides’s classic drama is given a comic make-over.