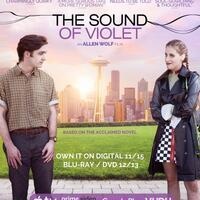 Premiere of The Sound of Violet

Santa Clarita filmmaker Allen Wolf's new romantic comedy, The Sound of Violet, will make its digital debut on Apple TV, Prime Video, Google Play, and Vudu on November 15. Desperate to find a wife, Shawn goes on one awkward date after another until he meets Violet. He thinks she's his soulmate, but his autism and trusting nature keep him from realizing she's actually a prostitute. Violet realizes something is different about Shawn, and it's not just because he has a condition that allows him to "hear" colors. Shawn thinks he's found a potential wife, while Violet thinks she's found her ticket out of her own trapped life. Based on Wolf's award-winning novel, a portion of sales goes directly toward fighting human trafficking.