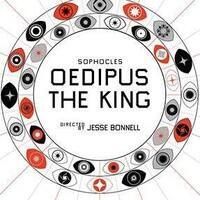 Wave after wave, the city of Thebes is stricken by plague, pestilence, and death: a punishment set upon them for a shame that is not their own. Told through a stark lense of haunting movement and dissonant song, Oedipus the King unveils Apollo’s darkest divination of a man seeking an unholy truth to save his people from rot and ruin.