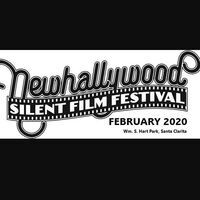 Film's 'Silent Era' lasted roughly from 1895 to 1930. During this time thousands of dialogue-free films were shot in Southern California, many in the area around Newhall in the Santa Clarita Valley. In fact, Newhall became so popular for filmmaking that it took on the nickname - "Newhallywood."

Come watch screenings of more than a dozen silent films including Mary Pickford’s Little Annie Rooney, The Mark of Zorro starring Douglas Fairbanks, and classic silent horror films The Cabinet of Dr. Caligari and The Golem.

Enjoy a pop-up exhibit and explore rarely-seen props, costumes, and other memorabilia donated by the superstar couple to the Natural History Museum. Visit family-friendly activities in William S. Hart Park and Museum throughout the festival weekend, and enter the Santa Clarita Valley Historical Society’s train station which will be converted into “Slapstick Junction,” for screening short silent film comic gems for audiences of all ages.

Attend film screenings at nearby Newhall locations, along with a special screening of Singin’ in the Rain, and so much more!

11 pm: Silent Screams Late-night screenings of the horror masterpieces, The Cabinet of Dr. Caligari and The Golem (The MAIN)

10 am - 5 pm: Pickford & Fairbanks Pop-Up Exhibit Costumes, props and other memorabilia from Pickford and Fairbanks films will be on display (Hart Hall)

10 am - 5 pm: Pickford & Fairbanks Pop-Up Exhibit Costumes, props and other memorabilia from Pickford and Fairbanks films will be on display (Hart Hall)