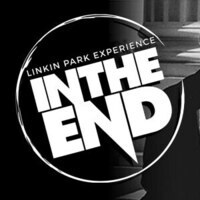 Lincoln Park Tribute by IN THE END

IN THE END is the Premier Linkin Park tribute band and they are based in LP’s own backyard: Los Angeles. A band full of music industry veterans, IN THE END’s members have performed with some of the biggest artists and on some of the biggest stages in the world, including The Tonight Show, Jimmy Kimmel Live, Coachella, Lollapalooza and many more.

IN THE END has headlined concerts all over California, Arizona, Texas and Nevada, including a special celebration of life event for Chester Bennington’s birthday at The Roxy in Hollywood. The Roxy show was in partnership with KROQ and focused on Chester’s life and music, which sparked new and open conversations regarding mental health awareness and suicide prevention.