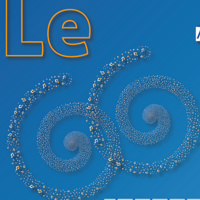 Mission Opera is happy to present a LIVE outdoor operetta in one-act by Jacques Offenbach on June 5, 6, 12, and 13th in Santa Clarita. "Le 66" is a rarely performed work, written in French in 1856 during a period when he was writing tons of short comedies in Paris. Mission Opera will present the show with its original French libretto (though English dialogue between songs) on Saturday, June 5th and Saturday, June 12th, but in a full English translation on Sunday, June 6th and Sunday, June 13th. All shows will take place outdoors in the private parking lot of Santa Clarita United Methodist Church at 26640 Bouquet Canyon Road in Santa Clarita.

The story centers around two traveling German musicians who get lost as they are going to help a long-lost cousin. They meet a pedlar on the road who sells them a lottery ticket, with the winning number 66. When their luck turns, they do some pretty unusual things until fate snaps them back to reality.

"This show is just a fun and funny good time and that's something we ALL need after this pandemic," says Mission Opera Board of Director Shawn Taylor, who plays Franz in the English cast. Shawn helped co-found Mission Opera in 2019 with Artistic Director Dr. Joshua R. Wentz. Wentz states, "I wanted to find a comedy that featured a very few number of singers, to ensure safety precautions and COVID protocols could be in place and everyone would feel protected." Le 66 only has 3 singers and will be presented with piano only, not the typical full orchestra that Mission Opera has come to be known for.

Each performance of Le 66 will begin with a smattering of arias by up-and-coming singers before the operetta begins. The entire performance will last 1 hour and 20 minutes without intermission. COVID protocols and safety measures will be strictly followed, according to CDC standards and recommendations. Face masks will be required at all times in the performing space.