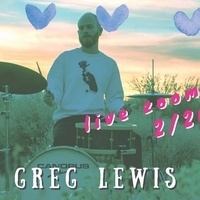 Two wholesome CalArtians come together to share a beautiful night of duo music with you live on Zoom!

Born in Los Angeles, Jason Oberman began playing guitar when he was five. By the sixth grade, he fell in love with jazz. Oberman received the Jerry Margolis Jazz Award his senior year of high school. Along with this award, he also received a Semi-Finalist Award in The Music Center’s Spotlight Jazz Instrumental Competition and Honorable Mention for the Young Arts Award. He then went on to spend two years studying at Eastman School of Music where he developed both as a player and as a composer, exploring jazz and classical music. He has recently finished his Bachelor’s degree in jazz guitar at California Institute of the Arts. Oberman has played at various concerts, events, fundraisers, cocktail parties, clubs, and conservatories around Los Angeles, Rochester, and Italy. He also participated in LA Jazz Society’s Bill Green Mentorship Program. He currently composes, arranges, and performs with a wide variety of ensembles. In addition, Oberman is an avid peanut butter lover, and has developed a deep relationship with the mystical food.

Greg Lewis is a drummer, composer, and educator currently based in Los Angeles. His compositional works range from jazz and improvisational music to rock, indie, and electronic. He is a graduate of the University of Nevada, Reno where he studied Jazz and Percussion Performance. After graduating with his bachelor's degree, Lewis went on to tour extensively around the globe with critically-acclaimed rock/experimental duo Rob Ford Explorer. Lewis has collaborated and performed with many artists and ensembles including the Reno Jazz Orchestra, Reno Chamber Orchestra, Adam Benjamin, Brian Landrus, Zack Teran Group, Marina Hov Quartet, and Rock and Roll Hall of Fame inducted doo-wop group The Flamingos. Lewis has recently become a Canopus Drums endorsed artist. In addition to his performance career, Lewis has developed a burning passion for all things peanut butter.