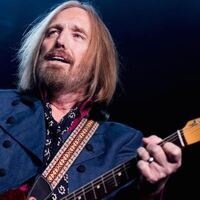 A Tribute to the Music of Tom Petty

DFS3 (David Fernandez Songwriter Salute Series) will again be bringing delight to their many fans with their annual cover concert, this year showcasing the amazing Tom Petty. The concert is moving outdoors on a warm summer evening, so start planning your picnic.

Beer and wine will be available for purchase (no outside alcohol allowed). Jersey Mike’s Subs will be on-site, but you can bring a picnic. Adults only, please.

David was a musical purist who wanted everyone to appreciate the significance of his favorite artists. Letting the music do the talking, he organized an intimate gathering of musician friends to experience the power of songs written by masters of the craft, the first of these being Bob Dylan. David’s concept was an instant hit. Each subsequent salute celebrated songs written and performed by an influential artist or group. David orchestrated the first four salutes culminating with an unforgettable tribute to the music of The Beatles. Though he left us suddenly and much too soon, the “Saluters” continued to carry on the wonderful tradition created by David Fernandez.