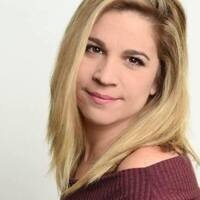 Join us for 10 by 10, the FREE monthly variety show in Old Town Newhall featuring music, film, storytelling, magic, comedy and more!  10 by 10 occurs on the first Thursday of every month when 10 performers from a variety of genres are selected to perform a 10-minute piece of their choosing. Every month is different; you never know what you will see on stage!

Comedy from Marty Ross -
They call him the “Wrinkled Rebel” but if that’s true, he says he’s “going down fighting.” He’s comedian Marty Ross who started his stand up comedy career late in life, so he may have to take a nap before the fight. Marty waited until he was almost eligible for Social Security before taking to the stand-up stage so “I could fully experience the misery of getting old” he says.

Storytelling by Oscar Sagastume -
Oscar is a stand-up comedian, storyteller, writer, and actor. He is a three-time Moth StorySLAM winner and has hosted shows at the House of Blues, Disneyland, the Rose Bowl and more.

Music with J. C. Ayres -
Janine is a Santa Clarita based singer/songwriter. She began playing piano at the age of eight and went on to play bass guitar and guitar in several rock bands throughout the eighties and nineties. She also writes children’s music.

Storytelling by Pablo Marz -
Pablo is an actor, storyteller, director, and teacher. Aside from film and TV, Pablo has performed with ComedySportz L.A., West Coast Ensemble Theatre, iOWest, at the Disney Concert Hall, the Getty Center, and recently ended up on stage at the Tropicana Nightclub in Havana, Cuba!

Comedy by Samantha Hale -
Samantha is following in the comedic footsteps of her grandfather, Alan Hale Jr., best known as The Skipper from “Gilligan's Island.” She was recently featured on "Laughs" on FOX, is Co-Host of "The Pandora Box Show" on iHeart Radio, and has performed in numerous festivals such as The World Series of Comedy Las Vegas, She Devil NY, MidWest Fest, and Laughing Skull Atlanta.

Magic by Glenndalf -
Glenndalf is a professional magician performing magic in greater Los Angeles and the surrounding areas. He is one of the few working professional magicians that has his own weekly stand up magic show. Located in the San Fernando Valley he has performed and produced a weekly variety show including other local talent for an amazing 125 consecutive weeks and counting!

Film “Aloha” -
“Aloha” follows one new mom's quest to find the perfect birth announcement after the delivery of her baby doesn't go quite as planned.

Music by Jim Jeffrey -
Jim is a guitarist, composer, singer/songwriter, educator, and music producer working in the Los Angeles area. Jim performs and composes in several styles from Jazz and Classical to Popular and Experimental music and is currently working with the progressive rock band Chickenbox.

Comedy Storytelling by Julia Pels -
Julia is a Los Angeles based stand-up comedian, storyteller and LGBTQ activist. Julia performs in the independent comedy scene frequently and has also done larger shows at The Comedy Store, The Ice House, and The Hollywood Improv.

Interested in performing at a future 10 by 10? If so, please submit an application. All types of art forms are accepted.